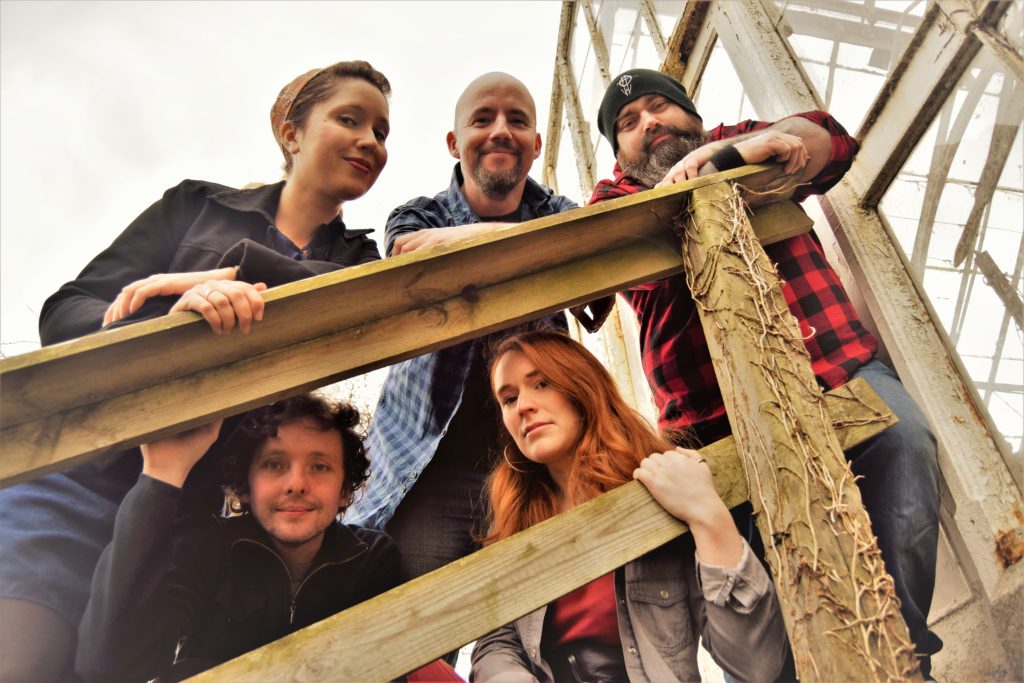 The Sacreblues Band are a Dublin-based, Irish/French musical cocktail of confused and confusing ingredients. Their widely varied musical backgrounds and influences combine to produce a smooth blend of folk, rock, country, blues and acoustic disco.
With two EPs (Une Fois Pour Toutes 2013, Say What You Say 2014) and their critically acclaimed debut album Sad Reality, this experienced and quirky 5-piece outfit have been pleasing crowds in venues big and small, as well as enjoying radio play on both sides of the Atlantic and as far away as Australia.
They’re currently working on a second album, and it’s shaping up quite well.